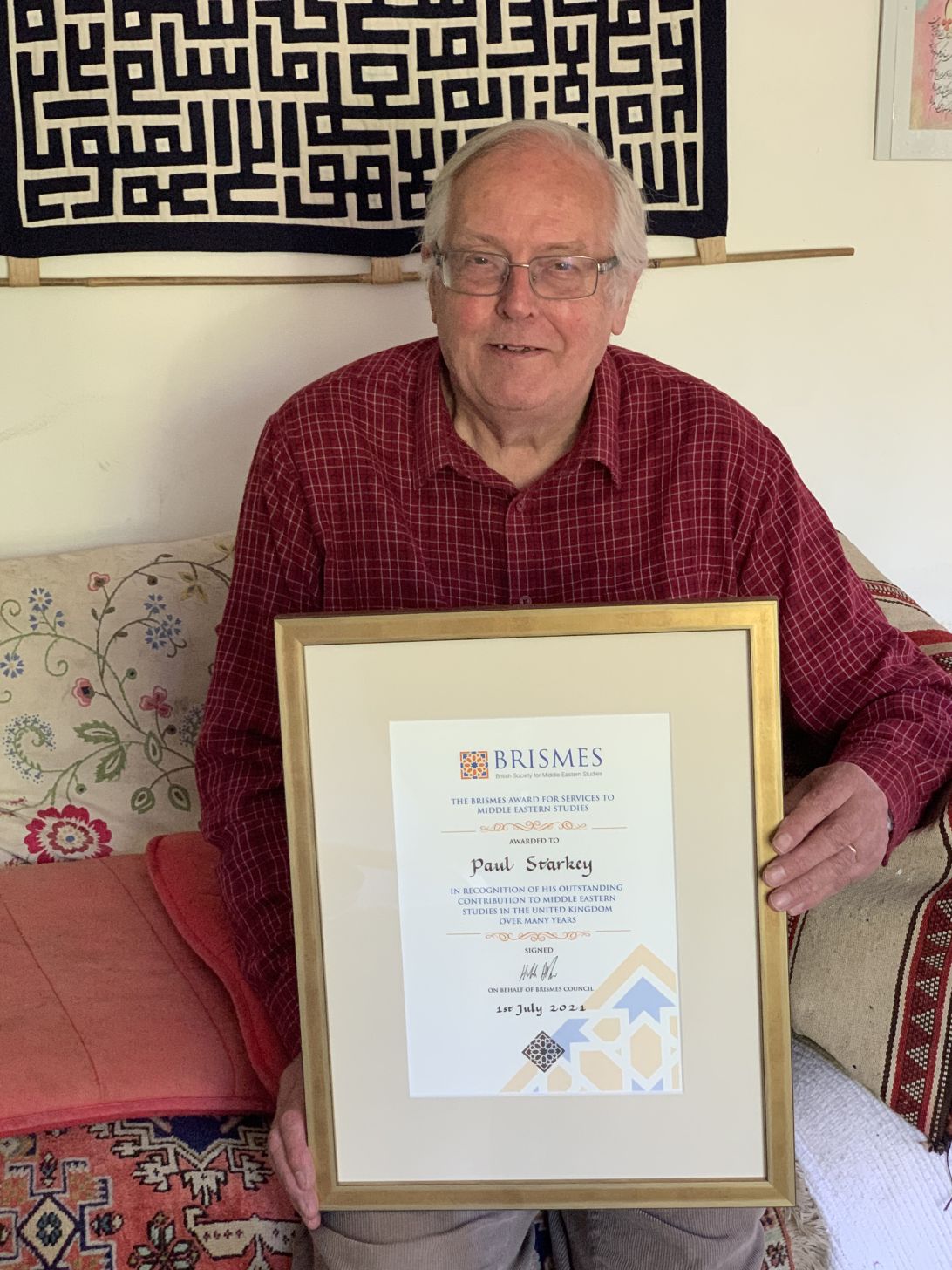 We are delighted to share the news that the recipient of the BRISMES Award for Services to Middle Eastern Studies this year is Professor Paul Starkey. He is one of the most distinguished scholars of Modern Arabic literature and his many publications have hugely enhanced our understanding and love of this field. His book, Modern Arabic Literature, has been a key text in degree courses across the country, if not the world. He is internationally recognised for his translations of Arabic novels, which have opened up the rich and dynamic field of Arabic literature to non-Arabic speaking audiences. Paul has an unrivalled breadth of knowledge of Arabic literature and he continues to promote the field and especially its teaching and broader accessibility through his translations. Paul has dedicated a huge amount of time and effort to BRISMES and is one of the longest serving members of BRISMES Council. He served as Vice President of BRISMES from 2012 to 2018 and, as outgoing Vice President, continued as a member of Council until 2020. Paul also played a central role in setting up the BRISMES Committee on Academic Freedom and continues to be a very active member.